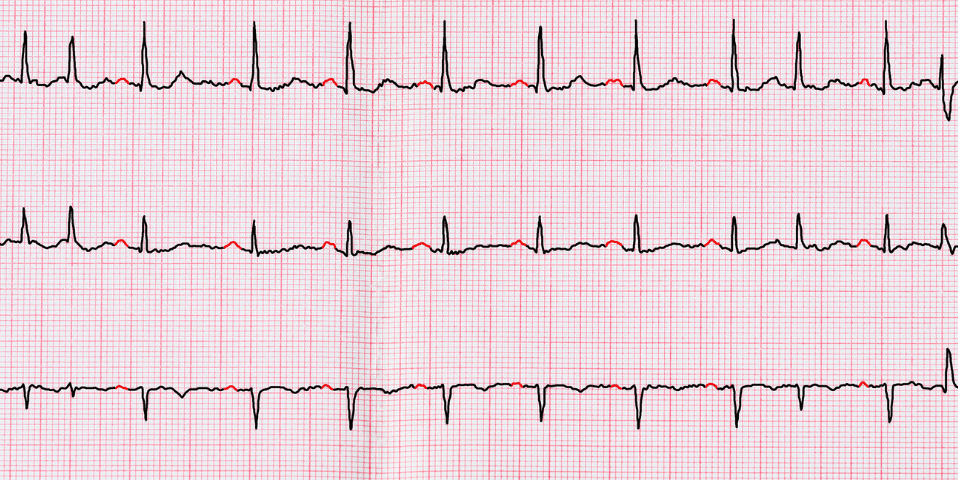 A recent study in China has found that screening for atrial fibrillation before the onset of symptoms and the use of anticoagulants could help to prevent the occurrence of strokes and even death.

The study aimed to investigate if increasing the frequency of electrocardiography (ECG) readings would improve the discovery of atrial fibrillation and revealed that having quarterly single lead ECG screenings was associated with a significantly higher detection rate of atrial fibrillation compared to those who had an annual screening.

What is Atrial Fibrillation?

Atrial fibrillation, also referred to as AF is a common heart rhythm condition that causes an irregular and often abnormally fast heartbeat. It happens when the electrical impulses in the top two chambers of your heart fire impulses erratically instead of regular and steady. It is these irregular signals that causes the chambers to twitch and fibrillate.

The condition itself is not life threatening; however, if left untreated, it could lead to the formation of blood clots within the heart which significantly increases the chance of an ischaemic stroke with potentially devastating consequences.

Common symptoms in those with atrial fibrillation include noticeable heart palpitations where the heart can feel as if it is beating fast, pounding in the chest or even fluttering. These irregularities in heart rhythm can also lead to further issues such as dizziness, shortness of breath and fatigue.

However, sometimes atrial fibrillation does not cause any noticeable symptoms, leaving you completely unaware that you have an irregular heartbeat. This means that it is often left undiagnosed. As the research suggests, early detection of this condition is vital as the diagnosis can lead to the initiation of a management protocol This can include the simple use of beta-blockers or anti-arrhythmic drugs, ablation, cardioversion or having a pacemaker fitted.

The exact cause of atrial fibrillation is not always understood as cardiac health can be influenced by many factors, but heart health can be damaged from chronic high blood pressure, inflammation, cardiomyopathy, coronary heart disease and diabetes.

If you have any symptoms associated with arrhythmia such as an irregular and/or fast heartbeat, you could benefit from a specialist cardiology appointment.

Put your mind at rest and contact us today to make an appointment.